Artic air is making its way into the Evers & Associates services area on Wednesday, January 7. Freezing rain and even flurries are expected. Our team of adjusters are preparing for cold weather-related claims. Claims can be submitted online using our Online Claims Assignment Form or by contacting one of our offices. Read more about the storms.

The storms that came through South Alabama on November 17, 2014 reportedly produced three tornadoes as it came through the state. The EF1 tornadoes touched down in Crenshaw, Butler, and Washington Counties. See storm damage photos and more details on AL.com

Dr. Lars Powell was named the new director of the Alabama Center of Insurance Information and Research. Dr. Powell has worked with the insurance industry as a professor, agent, and adjuster. Read more about Dr. Powell. 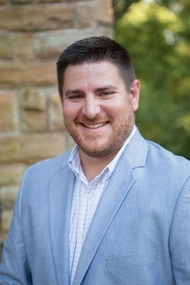 Evers & Associates, Inc., an Alabama-based independent insurance adjusting firm, has opened a new office location near Dothan, Alabama, expanding its claims services in Southeast Alabama. The new office will be led by Josh Pike, who is being promoted from the Evers & Associates Huntsville office.

Josh has worked with Evers & Associates for twelve years, serving as a claims adjuster in the Huntsville office. He is a multi-line adjuster who can handle any type of claim. His experience includes physical damage from cars to bulldozers, homeowner and commercial property claims, and all lines of liability claims.

The recent cold weather in Alabama has caused more than just damage from frozen pipes. The state has already seen a dramatic increase in fire fatalities in 2014 as compared to other recent years, as reported by AL.com.

The History of Insurance Adjusting Explored

The recent frigid temperatures has increased the number of property damage claims resulting from frozen pipes, falling trees, fires from improper heating sources, and other weather-related issues. Two recent articles on Claims Journal talk about the most common claims associated with cold weather, including burst pipes and dangerous heating choices.

According to an article by Claims Journal, the Seventh Circuit Court of Appeals has ruled that replacement cost claims should survive the sale of a property. The court case came about when a property owner sold a damaged rental property following Hurricane Katrina.  The owner had submitted a replacement cost claim, but had not completed the repairs before the sale of the property. The insurer claimed and lower courts agreed that since the insured had not made the property repairs while it was under his ownership, they were no longer responsible for fulfilling the claim. The Seventh Circuit disagreed, explaining that the policy stated that repairs had to be made and did not specify who had to make the repairs.

According to a report by DONAN Component Laboratory Testing a defect found in GE washing machines makes them even susceptible to overflows caused by blockages in machines' pressured air systems.